To celebrate the successful completion of the fall semester, International Office decided to take the Sup’Biotech International Students on a tour of Paris. And not the classic ramble around the pantheon of traditional Parisian landmarks: this was a tour with a modern twist! 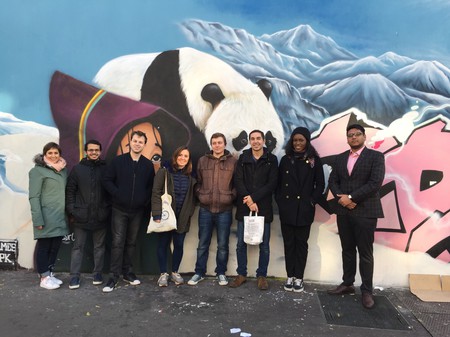 The tour began on Rue Oberkampf, where we saw illegally painted works by well-known street artists such as Sheppard Fairy, famous worldwide for his Andre the Giant stencils and his campaign poster for Barack Obama, and a French artist with the risqué name of Chiotte. The students were fascinated to hear about the ‘tagging wars’ that different graffiti and street art ‘crews’ engage in, and the different traditions and practices that define the street art community in Paris. 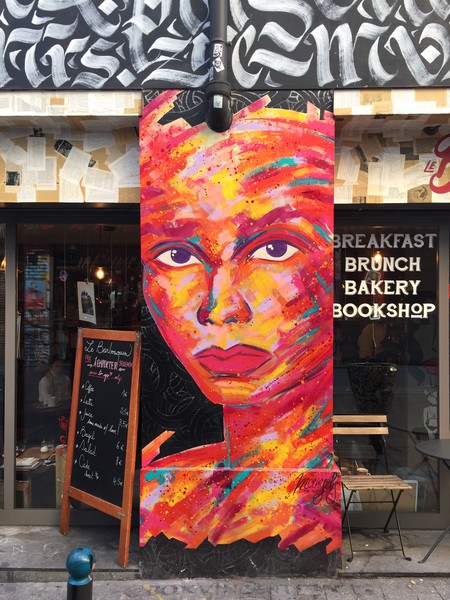 We continued our tour as far as Belleville, finishing off with a walk down Rue Denoyez. Here, unlike the rest of the city, artists are free to come and paint the walls whenever and however they like. We had the chance to observe an artist in action, painting a giant seahorse in the space where a double portrait had been. Apparently the space is so well used by artists that it is rare for a particular work to stay longer than two or three days before it is painted over! 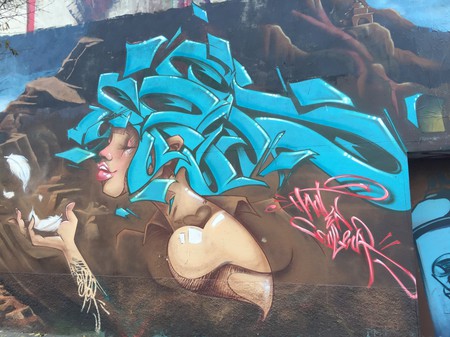 After the tour was over, we decided to stop in at Angelina on the Rue de Rivoli. The notoriously rich African Hot Chocolate was just what was needed to warm up again after our wintery walk! It was a great opportunity for staff and students to exchange opinions, ideas and anecdotes about the fall semester, and much enjoyed by all present. To those who are staying for the Spring Semester, it’s see you next year; for those who will be leaving us and returning to their home countries, we wish you all the best in your future studies and professional endeavors. And a very Merry Christmas to all!