On Monday, January 21, Sup’Biotech held its fifth annual International Fair, an event intended to familiarize students with the different destinations and programs the school and its partners offer. 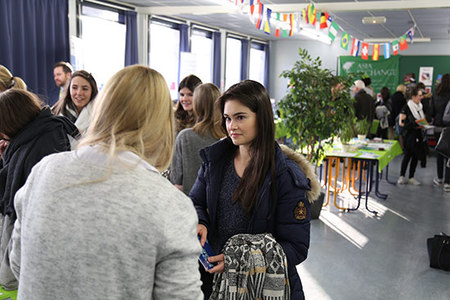 Sup’Biotech students can do special language-learning trips during their first year, earn double-diplomas with foreign universities, and participate in academic exchanges. They are also required to study abroad for at least one semester during their third year.

Sup’Biotech’s intensely international environment encourages students to start imagining which countries they might want to study in–but the International Fair can change students’ goals after just a brief conversation.

“I wanted to come to this event to feel more sure about my choice”, said Marine Chamoreau, a second-year Sup’Biotech student, at the fair. 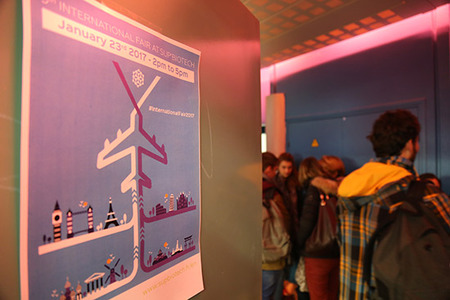 “For the past couple years I had intended to go to Malaysia, but everything totally changed today! Now I’m thinking about going to Canada or another English-speaking country. Even though going to Malaysia appealed to me because of the major cultural differences, I ultimately went for other universities that offer courses that are more relevant to my professional ambitions, like working in the health, pharmaceutical or cosmetics sectors … I also want to work on my English!”

The event also features returning third-year students to share their experiences during their semester abroad. Thomas Roirand (class of 2019), who spoke with students at Monash University’s stand, was initially considering studying in Canada or the U.S. before choosing Monash, which is in Malaysia. 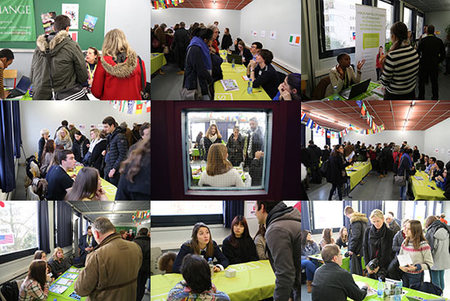 “I changed my choice after the last International Fair”, he said at the event.

“Monash University appealed to me because it allowed me to conduct an internship in a laboratory, which is a huge plus on a resume. I also didn’t know anything about Asian cultures and wanted to challenge myself to learn.

“My best memory was a field trip organized by one of our courses: we spent a week in Borneo exploring the jungle and caves with local guides to collect lab samples before analyzing them at the university. That made me want to go more in the direction of R&D.”