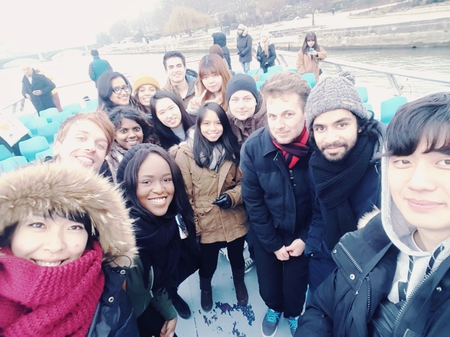 Sup’Biotech’s international students don’t spend all their time in labs–they also get to experience life in Paris during the cultural outings organized by the university.

Last Saturday, Sup’Biotech students from Mexico, India, Korea, and Finland got together with international students from other Ionis schools to take a cruise on Les Bateaux Mouches, a must-visit cruise trip that goes up and down the Seine river.

It was an uncharacteristically chilly day in Paris as the students met up, alongside members of Sup’Biotech’s International Department and some Sup’Biotech students, in Paris 9th arrondissement. But that didn’t keep everyone from enjoying the sightseeing deck on the boat, which allowed for some spectacular photos.

By the time the boat took off, everyone from the different schools had met each other and were discussing the cultural differences of living in France compared to their home countries. 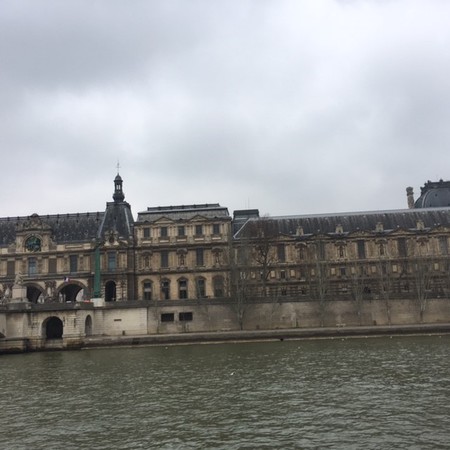 Notre Dame de Paris, the Louvre, the Palace of Justice and other landmarks passed by in rapid sequence as the boat wound its way up the Seine and back down again.

Afterwards, the students took a stroll to the 8th arrondissment for crêpes and coffee to rechauffer (warm up) after the windy day. 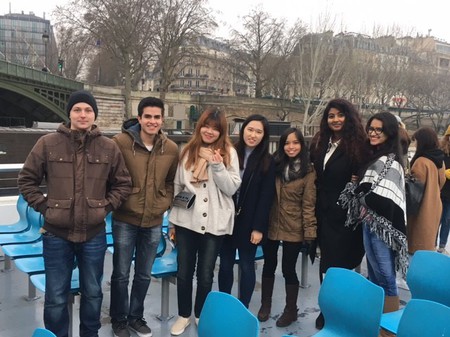 All in all, it was a great kick-off event for the Spring semester internationals. More great events are soon to come!