Four Sup’Biotech students took their nature-inspired conceptual project to the final rounds of a competition involving 140 schools which seeks the most innovative ideas for future technologies. 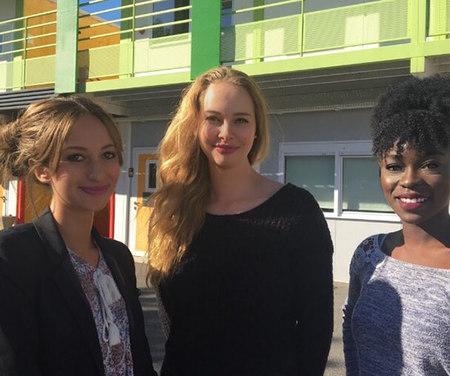 “Our project is intended to be like the Shazam of the industry”, said the group, referring to the popular smartphone app which detects the name and performer of pieces of music by running audio through a database. Instead of songs, Kamano would run industrial sounds through a bank of “abnormal” sounds that could indicate a problem.

The project was organized by Sup’Biotech Innovative Projects, a course taken by Sup’Biotech students during which they design and execute an original project over the course of their five years at the school.

Tasked with producing a futuristic technology that combines “biomimicry”–technology inspired by the natural world–with engineering, the students initially sought to create a system that would eliminate unnecessary industrial noise. But after realizing that workers simply adapted to noisy environments, they decided instead to develop a project that would be more valuable to their intended audience by detecting faults in machinery before they can become major problems.

The students expressed pride and gratitude to have made it to the contest’s final round in Dunkirk, France.

“The fact that it was a competition really pushed us to transcend our limits, to give the best we had, to constantly find new ways to be more innovative,” said the team in an interview. “Even though we had rock-solid faith in our project, we were still surprised and happy to receive third place [and thus a spot at the podium].”

The event also resulted in some great networking: Sup’Biotech’s team intends to conduct a joint project with the second place team, from the business school ESSEC, also located near Paris, for next year’s contest.

“We were able to meet great people from a variety of backgrounds”, said the team of the event. “This type of event is the best way to expand one’s network … We and ESSEC intend to bring a common front to next year’s event!”