When thinking of street art, cities like Barcelona and Berlin might come first to mind, but Paris can make a claim as one of the most underrated street art destinations in Europe.

When Sup’Biotech and ESME students met up at Paris’ Buttes-aux-Cailles neighborhood–which can best be described as a quaint village tucked between popular neighboring areas–our street art tour guide Ignacio explained that the area is rich in historical significance. 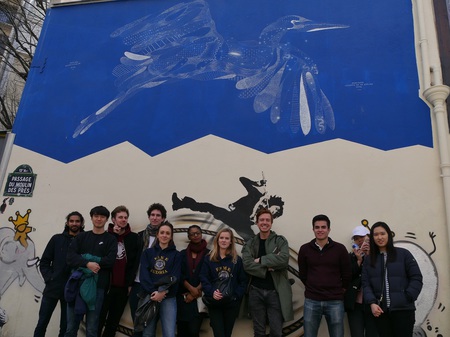 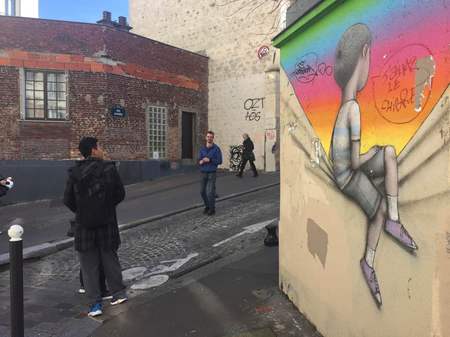 The Buttes aux Cailles takes its name from Pierre Caille, who acquired the area in the 16th century. It contains cozy bars, small restaurants, and the famous Place de la Commune-de-Paris, where fighters from the Paris Commune repelled royalist forces during the Battle of Buttes-aux-Cailles. The place is still a site of commemoration today for the Commune soldiers. 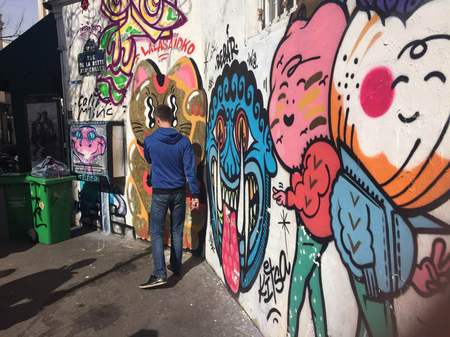 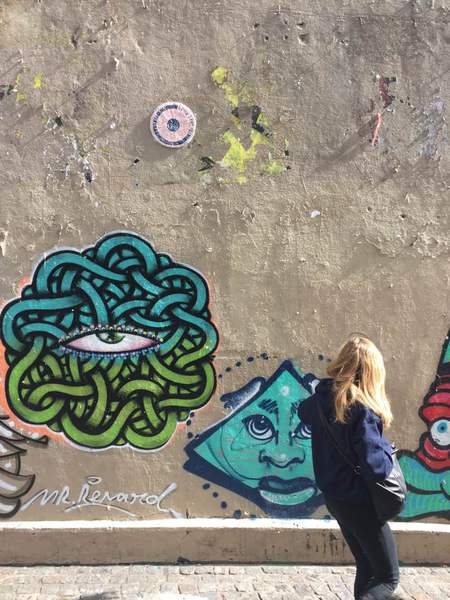 It’s also a major destination for street art tourism. Many artists come here to create funny, eye-catching, and thought-provoking work. Paintings, murals, stickers, sculpture, and repetitive visual motifs characterize street art, which is intended to be unique to the artist and highly memorable. Graffiti, which includes tagging, is typically done more quickly, using fewer colors and usually evoking the name of the artist or artist’s collective. 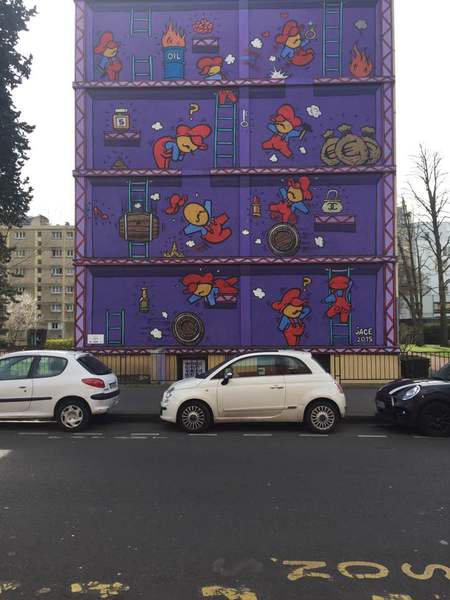 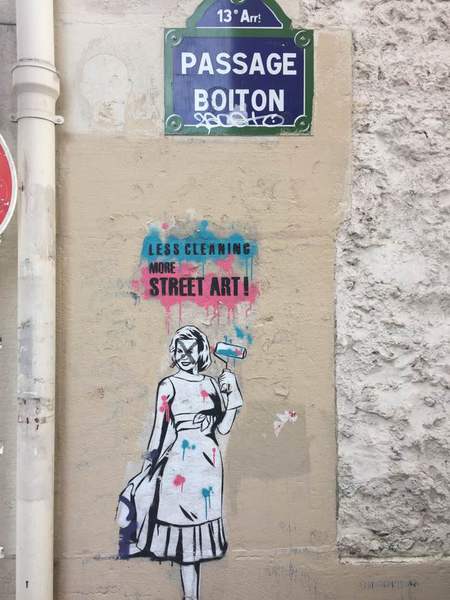 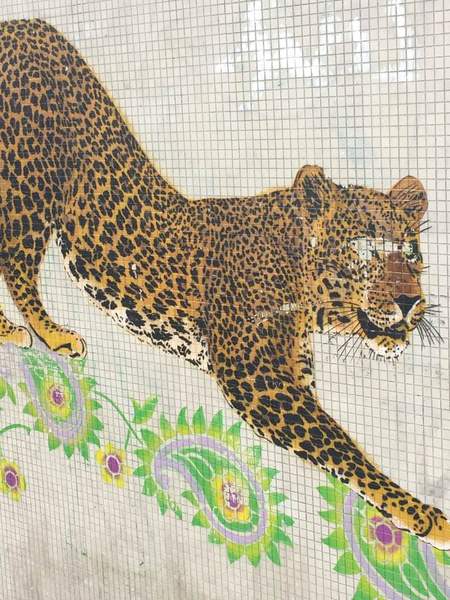 Some street art is created by pre-making a massive sticker which is then rolled onto the surface, such as this tiger. 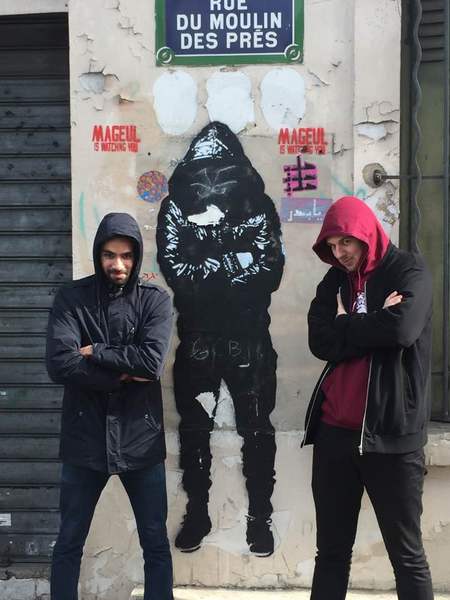 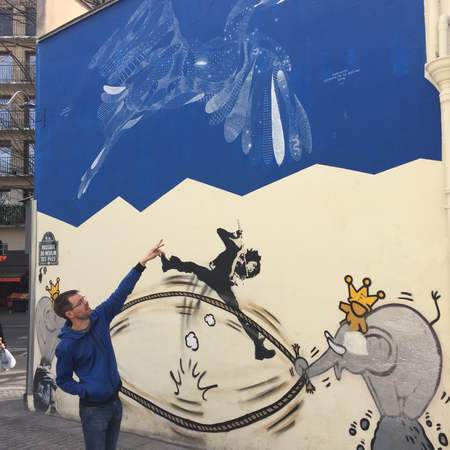 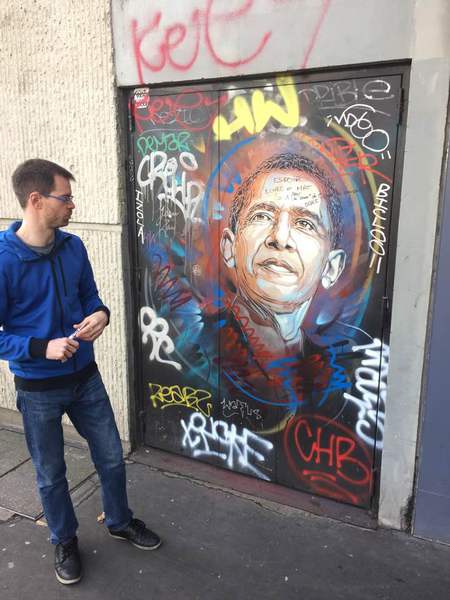 Huge murals under the Metro Line 6, one of the few mostly overground metro lines in Paris. 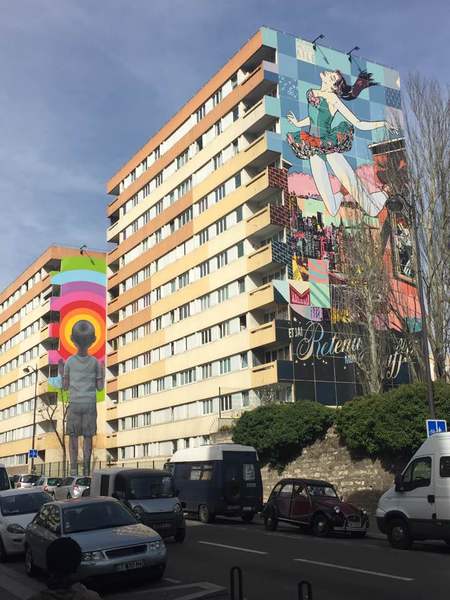 The trip showed the diversity and richness of street art culture while acquainting students with a part of Paris not normally seen by tourists. Areas like Buttes-aux-Cailles are what make Paris so rich: just when one thinks they’ve seen all the city has to offer, they find that tucked within an area they thought they knew is another world to discover.