Sup’Biotech’s campus has become a cross between a battlefield and a fairground as two competing groups, Sharkomere and Western Shot, try to win votes for this week’s student union elections through a charm offensive on students and professors.

Pop music blasting out of monitors, inflatable plastic buildings, saloons, teepees, pools full of sharks and crêpe stands characterized the two campaigns, which sought to stand out as the funnest, most dynamic group before the votes are cast. 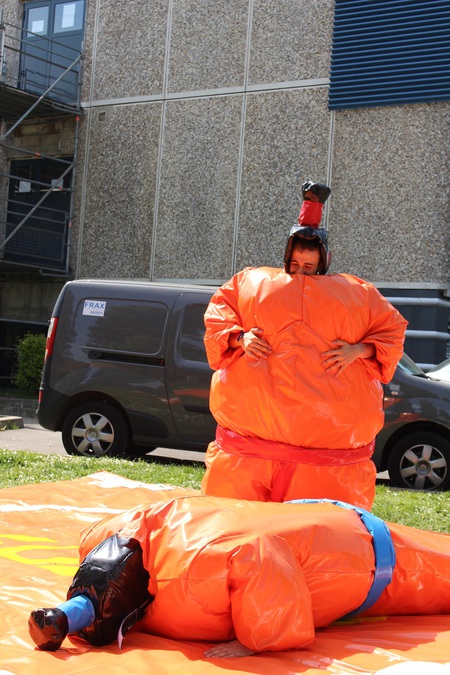 Western Shot also had a day centered on Asian cultures.

Elections for student board, or bureau des élèves in French, occur every few years. The teams consist of second-year students who, if elected, will comprise the student board until they graduate, when a new selection will take place.

Western Shot, whose campaign followed a cowboy theme, said they wanted to stand out for their dynamism and lack of formal structure. 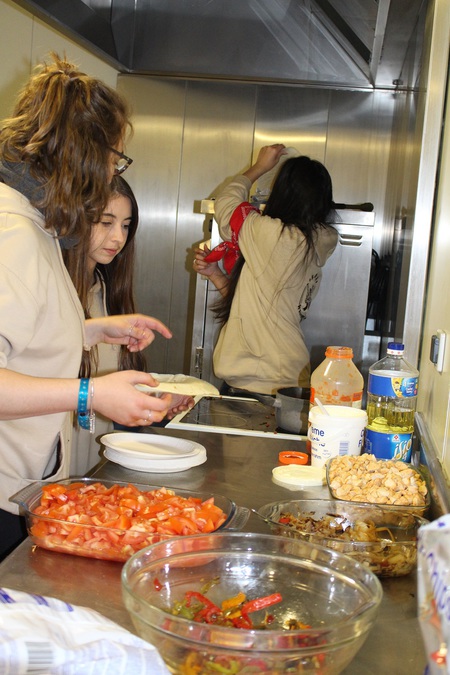 “We want to have a great week and demonstrate what great events we can put on”, said Léonard Raimbault of Western Shot.

“The other group is more strict and militaristic; we have a more laid-back approach that we think people will appreciate,” said one member.

The group set up a “saloon” full of games and wore tan outfits with their logo on them. Proving that engineering students are no strangers to wordplay, the group take their name from “western blot”, an analytical technique used to analyze specific proteins in tissue samples.

Sporting a similarly impressive name were Sharkomere, who took their name from sarcomeres, the basic unit of muscle tissue which is responsible for contraction and release. The group adopted an aquatic theme with inflatable buildings and a pool full of balloon sharks. 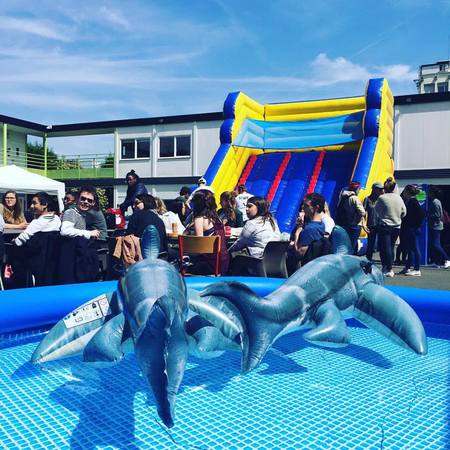 “Our campaign is more human and endearing than the other one”, said Sharkomere member Paul Goudeau.

“Sharkomere is more like a family,” said member Adrien Rocha. “We want to create a great atmosphere on campus and make students happy”.

While whether the differences between the two campaigns are profound or merely cosmetic is to Sup’Biotech students to decide at the end of this week. One thing the groups have in common? They both make fantastic crêpes (this is a French university, after all).